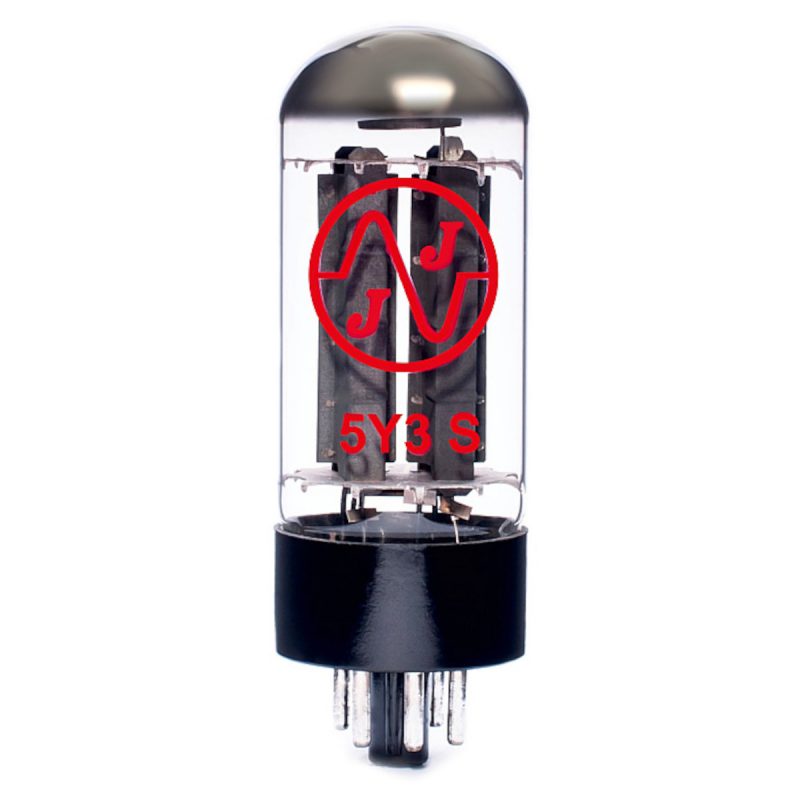 Are you looking to replace your rectifier tube? Look no further!

Rectifier valves, like the 5Y3S, are used in a large number of vintage and reissue guitar amplifiers.

We sell a superb example of the 5Y3S (5Y3GT) rectifier made by JJ Electronics. JJ is one of only four valve manufacturers in the World. This version has a thick glass envelope and extremely robust electrodes. This makes it the perfect workhorse for those guitar amplifiers which use tube rectification.

In fact, it’s become quite chic to add a rectifier tube to a new guitar amplifier design. Guitarists just love that ‘retro’ feel! The rectifier valve adds what is best described as a sag to the tone. Solid state rectifiers cannot recreate that sound so the rectifier valve looks like it will be around for some time to come.

What’s the difference between the 5Y3S and the 5Y3GT.

That’s simple. There is no difference! They are just different numbering systems for exactly the same valves. Unfortunately, every valve seems to have more than one name or number, even though the valve is identical. This can be terribly confusing for guitarists who simply want to know which valve is best for their amp. This made even worse by the fact that many manufacturers will add a letter or two to the end of the valve name. This is simply to try to get you to order from them next time thinking there is a difference.

So why Use a Valve Rectifier such as the 5Y3S?

Well, the first thing to realise is that the rectifier valve is NOT in the signal chain. It’s there simply to change AC to DC, a process known as rectification.

The reason rectifier valves are still used is interesting. They are actually not that great at doing the job they are intended to do! That is, change AC to DC. If the amplifier is loaded, by say a heavy power chord from your trusty Les Paul, the DC will ‘sag’. This is because the rectifier simply can’t keep up. In contrast, a diode rectifier will barely sag. (sagging means the DC voltage drops before recovering.) But here’s the thing. Guitarists have come to like this effect, hence the demand for valve rectification.

And of course, back in the day, there were no decent solid state rectifiers. So the 5Y3S and similar types were the only game in town. There are still tens of thousands of vintage amplifiers out there which use rectifier tubes.

If you have any questions drop us an email.